Esther is 31 Months Old
Well, it seems two weeks have passed since I last posted about Tot School. We have had two very full weeks of tot school, so I will attempt to keep it brief, but I must share pictures so my family can see what we've been up to.

The first week, we went back to some old tools that haven't been used in a while. 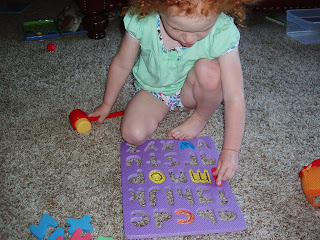 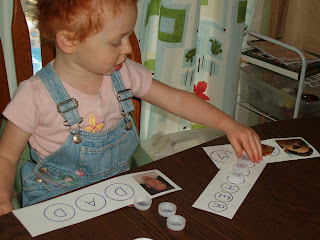 Practicing our handwriting with dry erase markers on workbook pages in page protectors. 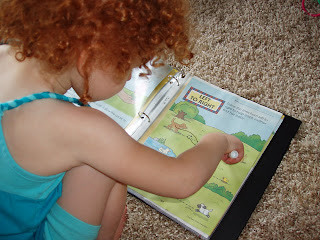 I also made this new tool so that Esther can practice putting together snaps on clothing. 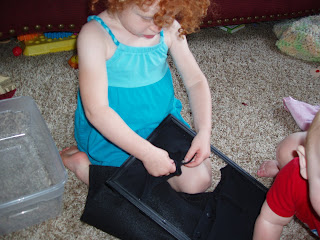 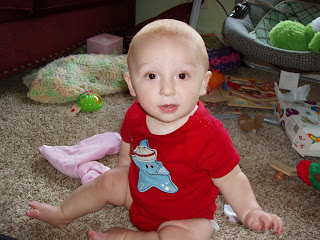 It is simply an old piece of baby clothing stapled to a cheap picture frame. 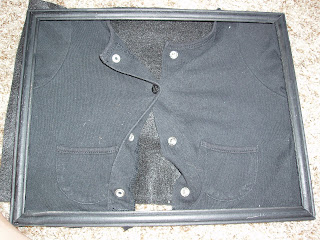 Later in the week Esther completely surprised me when she decided she wanted to use the nature notebook I made for her 3 MONTHS AGO!! At the time I showed her how she can draw pictures of flowers she likes, but she showed absolutely no interest. I laid it on her school shelves, where it sat collecting dust until on Friday she picked it up with a pencil as we were going outside. Here is her picture: 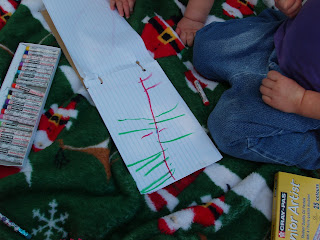 This is what she was drawing (my beautiful rose) 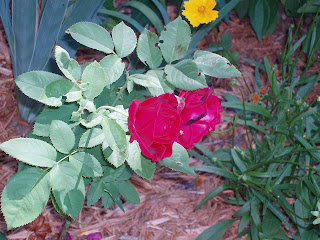 I had to guide her a little bit, since she seemed overwhelmed over the idea of drawing a flower from the garden. I asked her what colors she saw in the flower, then to find that color in the box of pastels. She took it from there. Can you tell I'm a proud Mommy!!

We also did marshmallow and toothpick sculptures 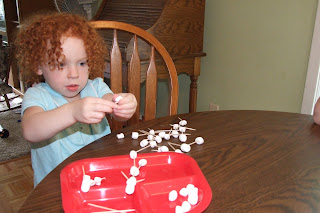 I have seen this used on many blogs, but there is one in particular I wanted to share. The Moveable Alphabet is a blog produced by a montessori teacher. She used this as a project with her students and was able to bring out some interesting insights about children and how they learn and create. If you have a moment, you may enjoy it.

And finally I found a wooden puzzle of the United States at the Good Will. The plan was to put in storage for the future, but Esther found it. She put it together with my brother and his wife Tara who were visiting. 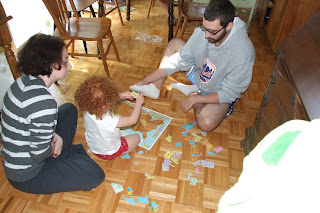 Surprisingly, she actually retained some of the names of the states. She loves yelling out CALIFORNIA!! We have no idea why she likes saying this name or why she must yell it, but she does.

That's it for us. We're off to Connecticut for a week. We'll see you in another two weeks, but until then check out this website for more tot school ideas.

Blessings!
Posted by Jennifer at 11:08 AM