Yay!!! We have internet again. Part of me wonders if it was a good thing that we didn't have internet. I was actually able to read a book, which I haven't done in a while. I may have to rethink how much time I spend on the computer.

During my time off, I did a lot of thinking and I decided that I really wanted to use my children's real names. I don't see any harm in it and I would rather use their beautiful names. So.... 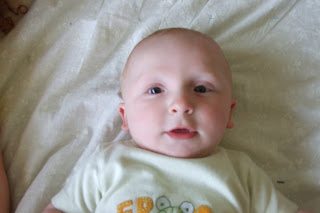 And this is Esther Grace 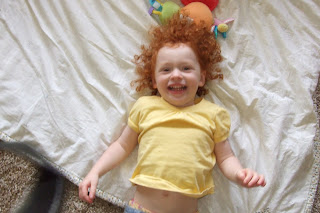 When I was in college I had a friend by the name of Esther. I thought it was a beautiful name and I decided that if I was to ever have a girl, I would name her that. When I shared this with my husband he said that was fine by him as long as we could name the boy Elijah since he always wanted a son by that name. So our children's names were picked out even before we were married! It is just coincidence that they are both bible names and that they start with the letter E. Now you know their names, and the story behind them. 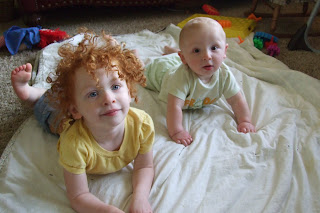 There is much to catch up on, so I have written several posts and scheduled them throughout the next week. I hope you enjoy them.

Blessings
Posted by Jennifer at 10:16 AM