Preschool - V is for Vegetable

For Preschool we are in the midst of a farm theme. I will do a post very soon on exactly what I am doing for preschool.  I will say though that at this point the purpose of the preschool activities is more to give Elijah some structure in the day also so that he can feel included in "school" when his sister has her school work.  We were learning V is for vegetable this week.  Sadly I was feeling under the weather so we didn't do everything planned and I often forgot to get the camera out. Some times I wish we had our own papparazi just to document our day.

Anyway....like i was saying....vegetables....we raided our play food stash and separated out all the vegetables from the fruit.  I was pretty surprised that he knew the difference between most of them.  Then for some creative play we "planted a vegetable garden. 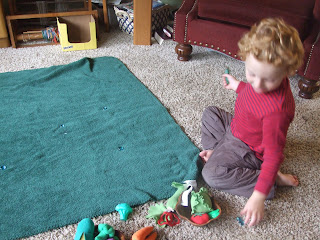 I'm not sure where I got this green blanket, but it has been the best thing ever.  It is often used for different imaginative play, a mountain side, a field or in this case a garden plot.  First he planted the seeds which were little blue stones, which you can see below.  The wherever the seed was he would place a different veggie for his garden. He really enjoyed this. 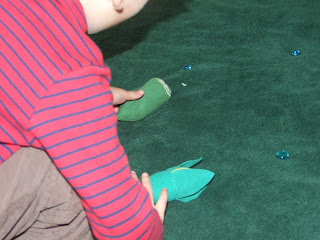 We also made salt dough veggies. 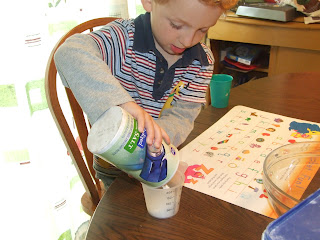 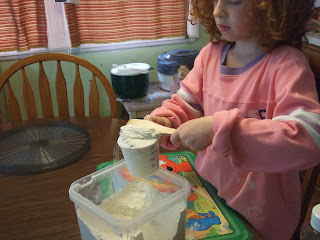 Here a a few pumpkins, lettuces and a pea pod.  I would have shown you more since the plan was to paint them but the kids were too excited to wait and snagged them before we could pain and picture them. 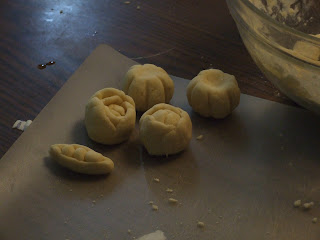 I also brought out this barn I had bought during a yard sale this summer.  Again lots of great play came out of this. 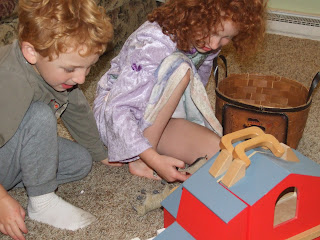 We did have one more non vegetable, learning experience this week.  Be warned the next pictures do include an animal that is no longer alive.  We had just learned about moles in our Sunday School class (even though you can't see them they leave behind evidence of their existence, just like God). Well, my father is devoted to his lawn and has been trying all summer long to catch a mole in the yard.  I will confess I was rooting for the mole! But he did succeed in getting one so I figured its rare to see a mole up close so we did a little unplanned scientific study.  It was really cool! 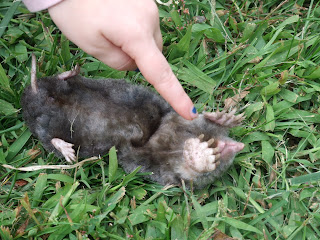 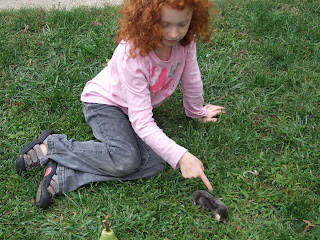 This guy was HUGE.  I've seen moles before but this was a monster one. I was amazed by how large his front feet were.  We noted that he had long nails kind of like small shovels on each toe and that his feet faced outward instead of inward like ours.  Also for an animal that live underground his fur was quite clean and silky looking.  We deduced that there must be something like an oil on its coat that helps keep it clean, but I haven't found anything that supports this theory yet.

That's it for preschool this week.  We'll be back next week with tractors.