As I was going through the pictures on my camera I realized that here were several that I took with intentions on blogging, but it never happened. So here, in no particular order is my catch up post.

Read the Gingerbread man and made one out of a paper bag. 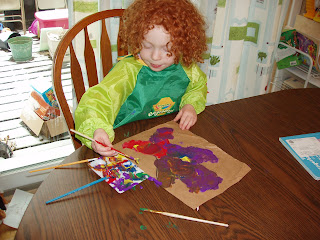 Little man colored his own 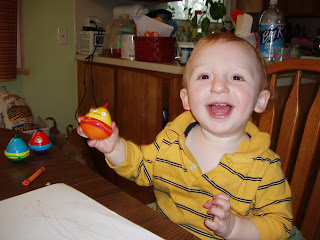 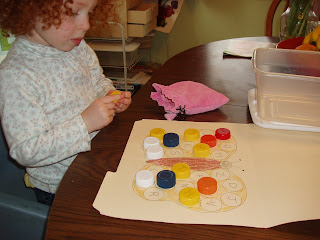 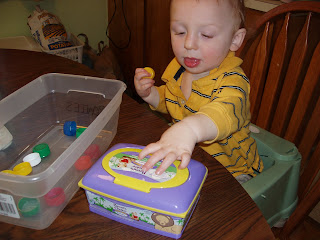 Playing with the new island and lake landforms I made. 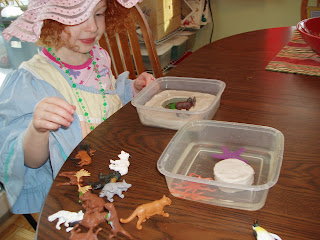 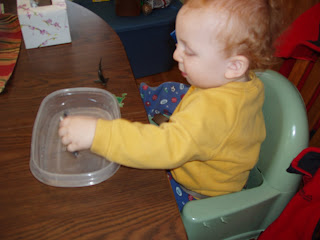 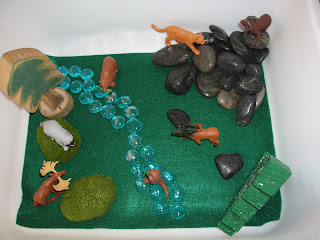 Esther has been extremely interested in sewing since I have had my machine out. As I sew, her job is to pull the pins out, which she loves. Sometimes I let her help me guide the fabric. 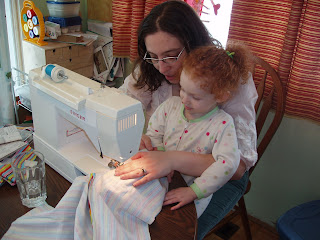 In honor of her interest in sewing I made her a swing box. It has needles, yarn, needle threader, hoop, and a piece of fabric that I punched holes in. 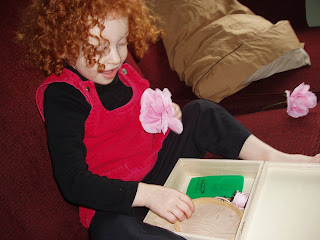 To say that she was excited would be an understatement! 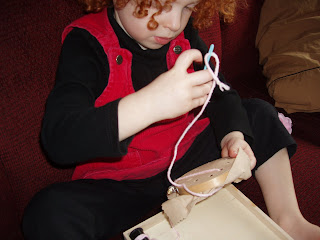 Well, that's it for catch up. I'm leaving tomorrow for a women's conference. Hopefully I will get one more post before I go private. Have a great weekend!
Posted by Jennifer at 5:33 PM