Esther is 30 months old
Recently tot school has consisted mainly of exploring outside in the yard, garden and sand box. Here are a few other activities we did during the past two weeks:

We made chocolate playdough using this recipe. While the dough smelled wonderful and was silky soft, but it didn't taste very good at all. I am on the lookout for an edible playdough that can be eaten after being used. 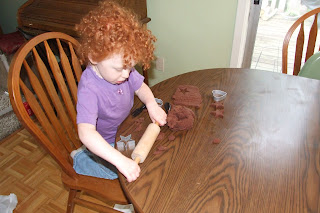 We painted. Esther LOVES mixing all the colors together, then painting. Right now my home is decorated with lots of lovely brown paintings! 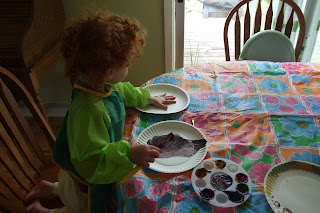 I also gave her a food pick which she used to make designs in the paint. 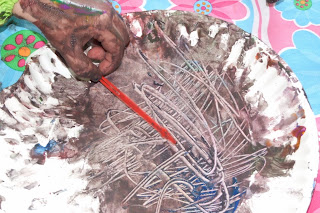 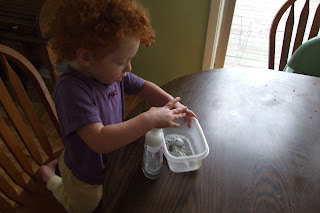 For some exploration time one day, I gave her some glass beads and several differnt containers that made different noises when the beads were poured into them. While she enjoyed this, it was short lived. 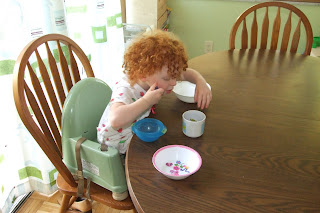 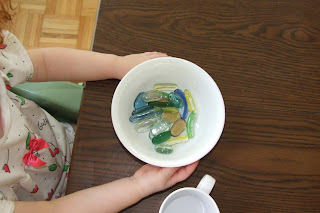 We also read a lot of Curious Geaorge books. She LOVES Curious George. 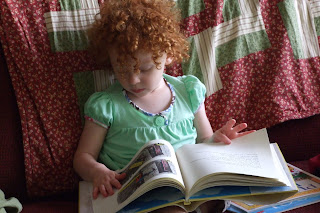 That was what we did the past two weeks, click the button below to see what others have been doing.